Our April walk started at the Gala Theatre, then down to the

River following the path towards the old  Kepier Hospital then on ward along the river bank over a bit of collapsed and muddy landslip to climb a rough set of steps. This brought us into the field, used as a Rifle Range before and during the Second World War by the DLI, for shooting practice.

Over a stile and into Kepier Woods, there  evidence of mining and quarrying which can still be seen along this part of the walk, some stone being used for Durham Cathedral which was transported up the river.

Negotiating a couple of streams we crossed the Elfin Bridge

(Name explained to group) and started our climb out of the wood and headed towards the A690,over a rather muddy

stile. We proceeded to the small car park and from here we descended into the woods and retraced our way back round the top of the Rifle Range own the steps over the stile into Northern Electrics training ground a concrete road taking us past the ruins of the brickworks and adjacent it’s supposedly bottomless pond. We crossed the final stile

And made our way back into the city. 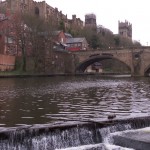 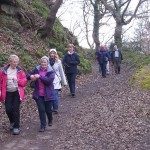 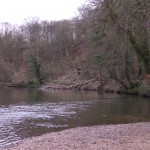 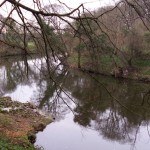 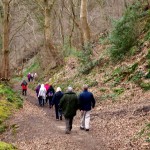 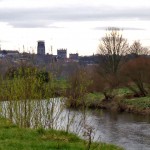 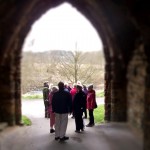