The weather for our trip to Blanchland was a bit overcast but it turned out to be nice and sunny, (remember High Force nuff said).

We arrived in Blanchland; sat navs give strange directions, after a comfort break we set off. Gently at first then pow the first incline, stopping at the old engine house at Shildon we got our second wind and passing an old mine shaft continued on a steady incline towards Penny Pie Cottage.

Turning left onto the open moorland some good views from up here, the road down from here leads to Baybridge and it is a very steep descent. Would not like to walk this route in reverse direction.

Lunch break at the picnic site for some whilst others walked the short distance into Blanchland for sustenance.

Lunch over we continued our walk along the riverbank and into

Another enjoyable walk in the countryside.

On Friday August 5th, 17 members of the walking group boarded the bus at 9.30am outside Dow House, for a trip to Blanchland Northumbria which was partly built with stones from a 12th century Abbey.  It was a cloudy damp morning but by the time we got to Blanchland it had warmed up and was much brighter.

On the walk Bob pointed out various places of interest, including Shildon Engine House and Penny Pie Cottage where pies were sold to the miners on their way to work.

After jumping and straddling lots of big puddles and negotiating a long slow climb and a steep walk downhill, we stopped for lunch at a small (one table) picnic area; please see the photographs for those walkers who got the table and those who sat on stones. The sun was shining and we were happy to stay there, but onwards and upwards, we walked back to the beautiful village along a burn which we think was Shildon Burn where more refreshments were taken by some, in the Monk Tea Room.

The craft shops were also a temptation and some of the members could not resist them, so gifts were bought, possibly with Christmas in mind.

The bus left at 2pm after a very enjoyable walk.

Many thanks to you Bob for organising the walk once again. 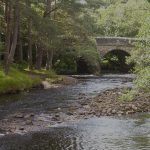 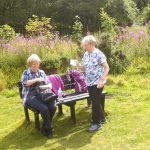 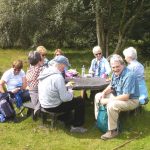 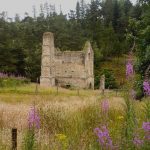 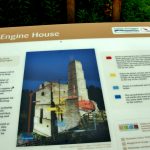 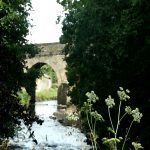 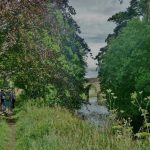 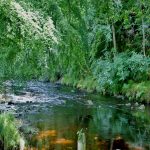 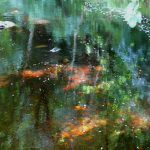 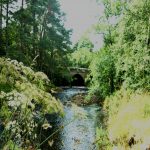 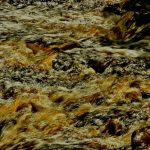 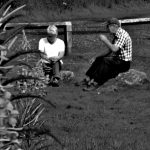 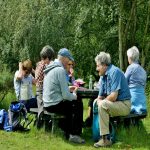 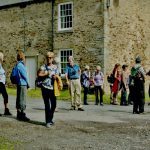 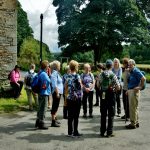 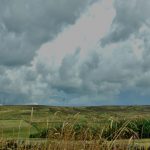 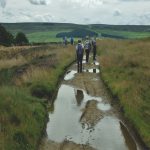 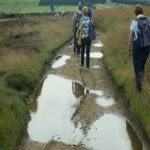 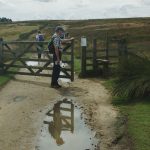 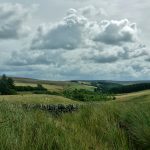 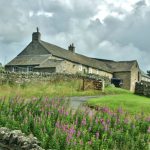 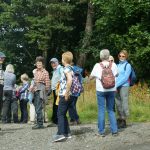 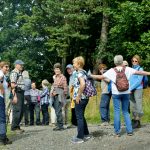 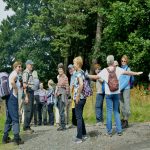 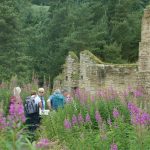 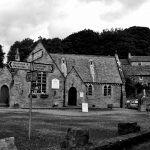 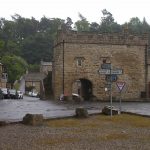