On the 3rd of February 2017 the Red Hatters went on their first outing of the year under the leadership of our new group leader Evelyn Cole.

The group met under the clock at Newcastle Central station, not wearing Red Carnations but our Red Hats.

The group was met by our host from the Valley Connection Restaurant wearing his red turban to escort us to the train for our journey to The Old Station House Indian Restaurant, Corbridge.

As usual the sight of 38 people, gentlemen and ladies wearing red hats of every variation caused the usual inquisition from those passing by as to what we were doing and who we were.

We even had a group photograph taken at the request of a station official and passing commuters.

At 6pm we boarded the train to Corbridge with our escorts and some of us enjoyed a pre-dinner drink en-route to pass the time.

Evelyn had compiled a quiz about head gear, what else would it have been? A few of us got all answers correct so names in a hat for the winner of the bottle of Fizz resulted in Mr. & Mrs. Burke winning, well done!

The Venue and the meal did not disappoint us as an excellent night was had by all. The ambience and food served by attentive staff was second to none.

We stepped straight onto the platform to get the returning train to Newcastle Central station and go our separate ways home, happy and contented.

Thank you all for a great night, here’s to the next time!

To be announced soon watch this space! 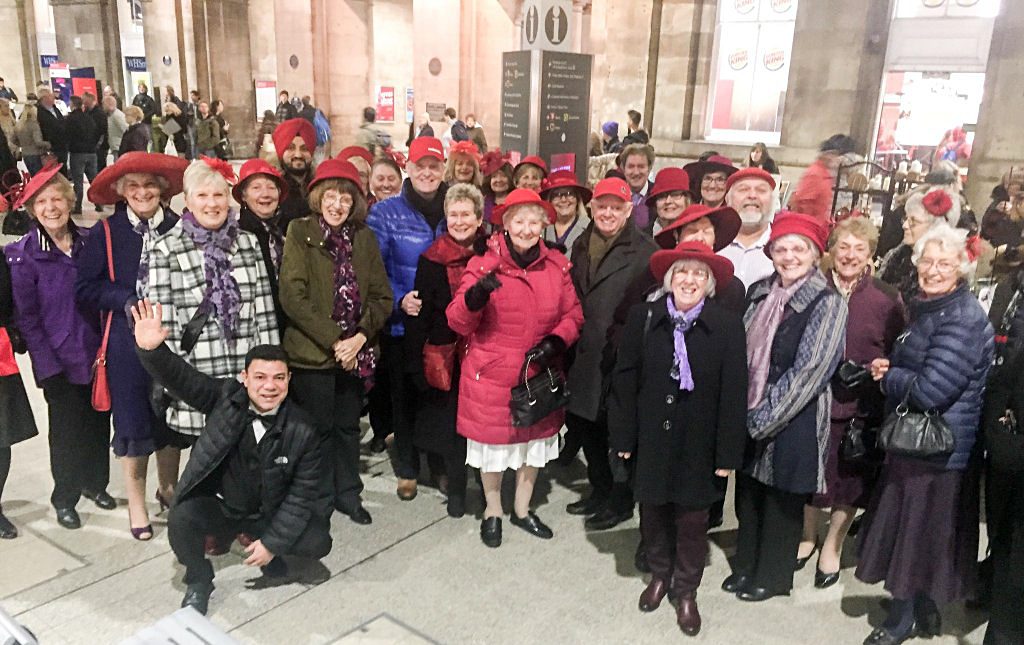