It’s three in the morning and it feels like I’ve been up an hour already. Well, actually Margaret couldn’t sleep so I decided to get up as well.

Being light travellers we chose to share a suitcase but the 20 kilogram allowance has meant I have not been able to pack the chess set; Mike will be disappointed but I think Margaret is secretly relieved. Passport check; money check; medication check; Dow House here we come. Less than three hours to the flight from Newcastle to Salzburg.

Suitcases on the coach and thanks to our honorary travel rep, Beaming Bob we can lie back and relax before our first stop; East Shore village. It hardly seems like five minutes since we left, LOL. Just a couple more pick-ups before we glide into the star spangled Newcastle airport to enjoy the unmissable delights of airline security, queuing, drinks and airport lounging which in this case was only a minor irritation. Fortunately, I realised that I had my travel multi-tool in my rucksack otherwise I might have got the full body search. As it was I only had to take off my walking boots to get through the scanner. The bad news for Bob was that his seat allocation plan fell victim to Thompson’s automatic seat allocation system. Never mind.

The flight was magic, smooth and efficient and a highlight was the child actors doing the pre-flight emergency procedures demonstration; an absolutely fabulous smile-inducing performance. Normally, I like to enjoy doing a critical analysis of the in-flight catering but as we are travelling so early I’ve decided not to medicate (insulin) until my first meal on Austrian soil. Passport control appeared to be a lot less friendly than normal; I think “spot the terrorist” has become less of a game and is now an international obsession. Travelling has had to become safer rather than fun; a sign of the times I’m afraid to say.

The coach ride from Salzburg to Soll was a geographical challenge to count the features, peaks and troughs, funiculae, funicular; I feel a song coming on, “The hills are alive to the sound of music.” Stop that, this is no time to be getting silly.

The Wilder Kaiser mountain ranges appear on the horizon and soon we are uncorked to drink in the fresh cool Tyrolean air. A few of us agree to just dump our suitcases in our rooms and hit the hotel terrace a.s.a.p… Coffee, chocolate cake and apfelstreudal; reasons to be cheerful, part one. 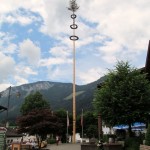 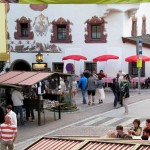 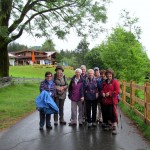 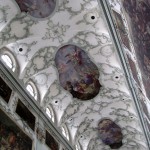 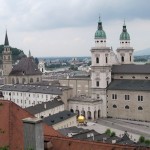 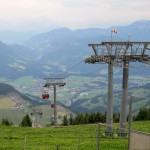