The meeting was the first full meeting since February 2020 because of the Covid pandemic.

It was held at Seaham Harbour Masonic Hall from 10am to 12md.  The meeting had been arranged by the executive committee as a get together and catch up with members after 18 months without meeting.

There were 60 people present including 5 possible new members and 13 members had given their apologies mostly because of prior commitments.

The Chairman, Malcolm Wilkinson, welcomed those present and thanked them for coming.  He then outlined what the committee had been doing.  He also explained the reason for the venue change and went on to update members about the AGM which will be on 14 October.  Malcolm went on to explain that the £2 charge at each meeting is to be resumed from October onwards as well as the raffle.  Alan will give a talk directly after the AGM.

A survey was distributed to members so that the ‘groups’ register could be updated.

There was lots of chat among the members and Malcolm circulated around the tables. And it was agreed that the gathering had been a success.

One of the members Linda Broadbent had last year made and decorated a 10th Anniversary Cake for the group.  As the celebrations hadn’t taken place, because of the pandemic the cake had been utilised by Linda for another reason.  Linda had as a surprise very kindly made another one for our first meeting. Everyone enjoyed a slice of delicious iced, spice cake and Linda was given a round of applause. 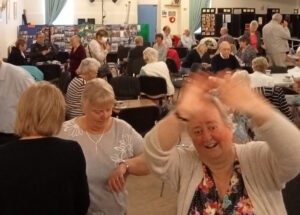 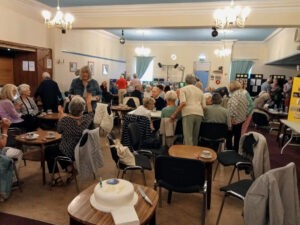 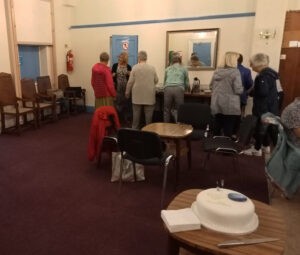 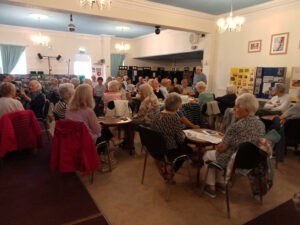 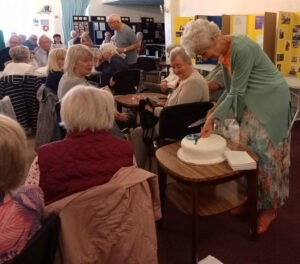 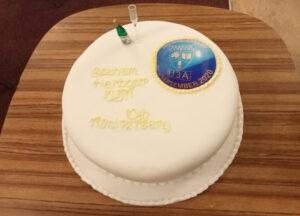 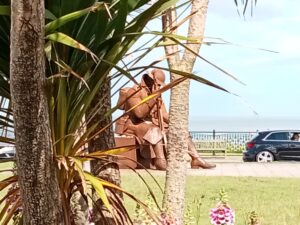 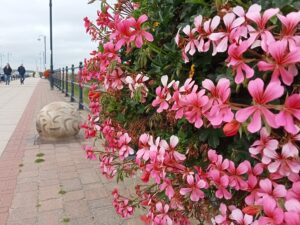 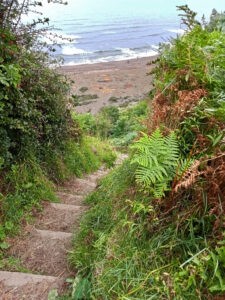