Seaham Harbour U3A  Research Project Intergenerational, International, Lifelong Learning. It all began in 2013 when 5 members of Seaham Harbour U3A submitted a research bid to what was then RITA (Research in the Third Age). This was a Northumbria regional initiative linked to Newcastle University at the Centre for Vitality and Learning. Our bid aimed to examine and compare inter-generational lifelong learning opportunities in the twinned towns of Seaham, UK and Gerlingen, Germany. Seaham Harbour U3A was awarded third prize of £250.

We gave ourselves a group identity … the name …. Link and Learn. A working definition:

To bring together people from different generations and countries in purposeful, mutually beneficial activities. To work together to gain and share knowledge and values. Promote greater understanding and respect between generations and countries. Research into best practice began in Gerlingen which then unexpectedly led us to Stuttgart and Chemnitz. After much hard work and persistence we had links with Andrea Löhle in Gerlingen. Seaham’s twinning programme was invaluable in opening doors for us here. Then by various other methods (shy bairns get nowt!) links were forged with Professor Roland Schöne at Chemnitz University of Technology Seniors’ College and Dr. Edith Krober and Research Student Lilian Sophie Maier at Stuttgart University. And so we began the process of sharing inter-generational projects. We found the two German universities very receptive and helpful with our proposals for which we were most grateful.

Alongside this 50 residents from Gerlingen visited Seaham Harbour as part of the twinning programme. The Link and Learn Group produced a dual language pack to inform the visitors about our research project and what we were hoping to achieve. They were most interested in our ideas  and invited us to go to Gerlingen to see their inter-generational opportunities. Also at this time we identified key people in Seaham Council and Seaham High School. We presented our project to them with an invite to join us. Seaham High School were very enthusiastic especially their Language Ambassadors and so they too were now on board.

Next we asked Seaham and District U3A if they would like to work on our research. We were delighted when 3 of their members agreed. By this time our initial planning group size had increased from 5 to 7 plus now 3 from Seaham and District.

Regular communication with the links we had established in the UK and Germany was vital throughout. We needed to ensure they too remained committed to the project.

One of our next targets was to take up the offer to visit Gerlingen. This we self funded as we wanted to hold the £250 prize money in reserve for developmental work. The planned date was September 2016 as this coincided with the timing of the the twinning exchange. Although visiting at the same time we devised a different Link and Learn programme to meet our specific focus. That said there was overlap on occasion which proved beneficial.

We visited and participated in activities at three purpose built inter-generational learning centres in Gerlingen. Should we be so lucky to have such centres? Perhaps having Mercedes, Porsche and Bosch as ‘local’ businesses who support community ventures is an advantage … if only! Gerlingen does not have a U3A but the Mayor expressed much interest in the possibility of introducing such a model to complement the centres they have for inter-generational programmes … another area for development?

Professor Schöne offered to travel from Chemnitz to Stuttgart University to present inter-generational/international programme’s … Erasmus/Project Partnership as well as Seniors/Student combined lectures initiative. Many of the lectures are attended by up to 700 people. Plus he gave us details of lifelong learning conferences held annually in Germany and much further afield. Dr. Krober and her research student Lilian presented their models for inter-generational learning including the IgeLus Project … Connecting Brains. I gave a presentation on behalf of Link and Learn detailing our developing model and how U3A was managed in our locality. The whole experience at Stuttgart University was excellent.

Back in Gerlingen we were invited to have a stall at the annual Stadtfest. We used this opportunity to promote U3A including the Link and Learn Project through photographs, information handouts, displays of interest group work etc. Since many of the stalls served food from around the world we were encouraged to do the same. So we ended up making over a 100 cup cakes ( seemed like thousands to we amateurs) along with Pimms . Dressed in our Red Hatters attire … it was a sell out. On reflection I tend to think the attraction was the Pimms!

As well as broadening our knowledge on cross generational lifelong learning we made many friends in Germany. We were also able to embrace the culture and architecture of our near neighbour. Concern was expressed by the Germans that Brexit might prevent us working together …. we gave our assurances that from our point of view it would not!

On our return to the UK we decided to hold a day conference which we called Link and Learn Across All Ages.  The purpose was to share inter-generational lifelong learning opportunities between the UK and Germany. We coincided the date with the time of the twinning exchange to the UK .. April 2017.

At this time Wessington U3A were approached to see if they would join forces with us in planning and participating in the conference.  We were exceedingly pleased when they said yes. Through Margaret Welsh’s contacts at Beamish Open Air Museum they agreed to let us use it as a conference venue which proved to be excellent. Thank you Margaret and Wessington U3A.

Fund raising started to top up our £250 to enable us to run the conference. We were able to raise £1,000 thanks to the endeavours of members of our U3A many of whom were not even directly involved in Link and Learn. Andrea Löhle from Gerlingen arranged to cover any financial cost for her party. The gift of Gerlingen apple juice brought to the conference was certainly an unexpected bonus. Representatives from four U3As (Bishop Auckland included) were involved in planning/ delivering the conference as well as Seaham High School, Kynren, Newcastle University and Gerlingen young and ‘best agers’ as we are called in Germany. Particularly impressive were the youngsters from Seaham High School and Gerlingen who delivered in dual languages. See separate programme for details and Wessington U3As account of the day.

There were approximately 140 attendees including 50 from Gerlingen. The added value of using Beamish as a venue was that members of the public who were visiting for the day were able to access all the displays and activities as well as talk to participants.

So what has happened since the conference …

1. A combined U3A review has been held to analyse data from the conference. It will be used to inform future planning. It has also enabled us to extend our contacts list.

2. Local networking of U3As has been increased.

3. Improved communication between The North of England and Germany with technology providing a wide range of options.

5. German Christmas Market to be held at Seaham High School in December 2017.

6. A pupil/teacher exchange is at the planning stage.

7. Volunteering offers have been made to Beamish.

8. Four of us are planning a visit to Chemnitz University (we have been asked to present a paper detailing our Link and Learn Project) then onto the International Seniors Fair in Dortmund … May 2018.

9. A network of U3A members are arranging a visit to Gerlingen in September 2018.

10.DVD of events produced thanks to George Fairweather.

As with any effective project it has to be constantly evolving if it is to remain vibrant and interesting. There is no longer a single Link and Learn Group. Pop-up groups have emerged and are developing their own area of interest related to Inter-generational, International, Lifelong Learning.

The project has provided the opportunity for much creativity and expansion of entrepreneurial skills. It has been and still is exceedingly hard work but it has opened up a whole new world.

I wonder which country next ….. 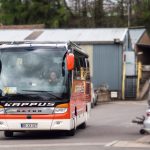 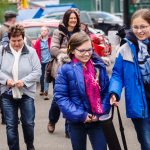 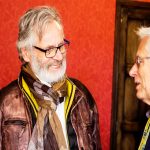 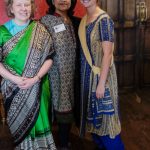 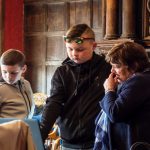 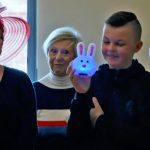 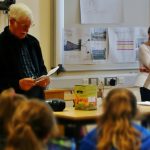 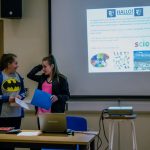 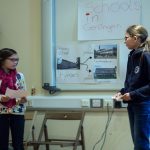 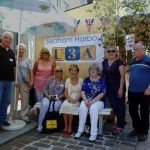 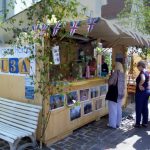 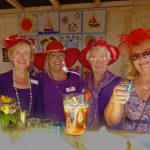 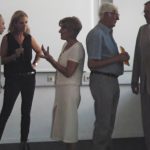 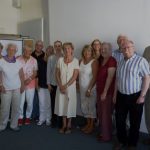 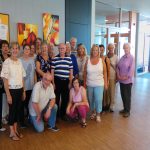